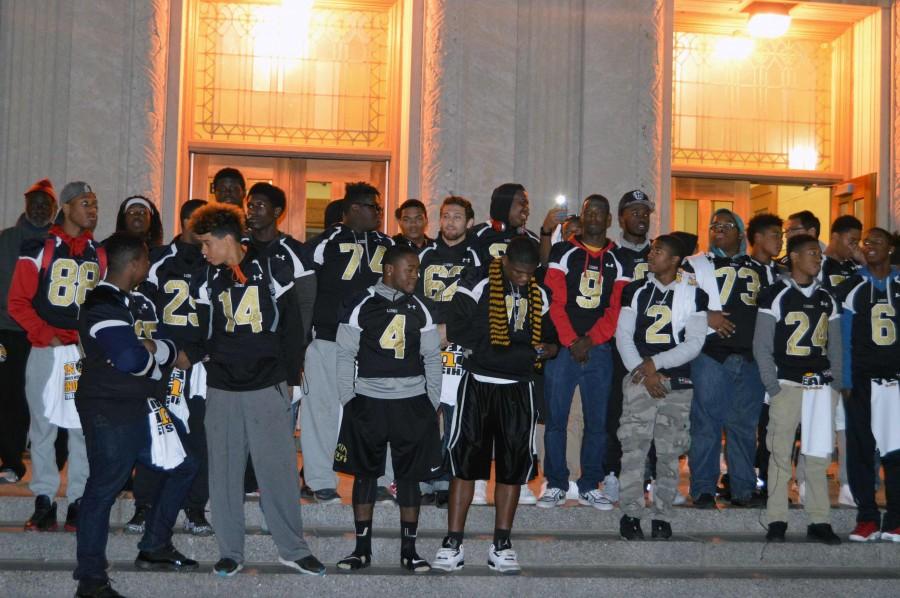 Nov. 13. The football team gathers with the community of University City, to celebrate the Quarter Finals. They will be playing against Westminster.

On the eve of the quarter finals, Nov.13, students, parents, and staff gathered around the front of the high school to celebrate the football team’s victory of becoming district champions. The band performed a handful of their classic songs while the golden girls and the cheerleaders showed off their skills. They were followed by the football team who gained a loud applause from the audience. Michael Maclin, principal, and Joylynn Pruitt, the superintendent wished the team good luck at the quarter finals, since this has been the first time we’ve gone to state since 2009. The pep rally ended with the band playing and students excited for the following day when we would host the quarterfinals for the first time.