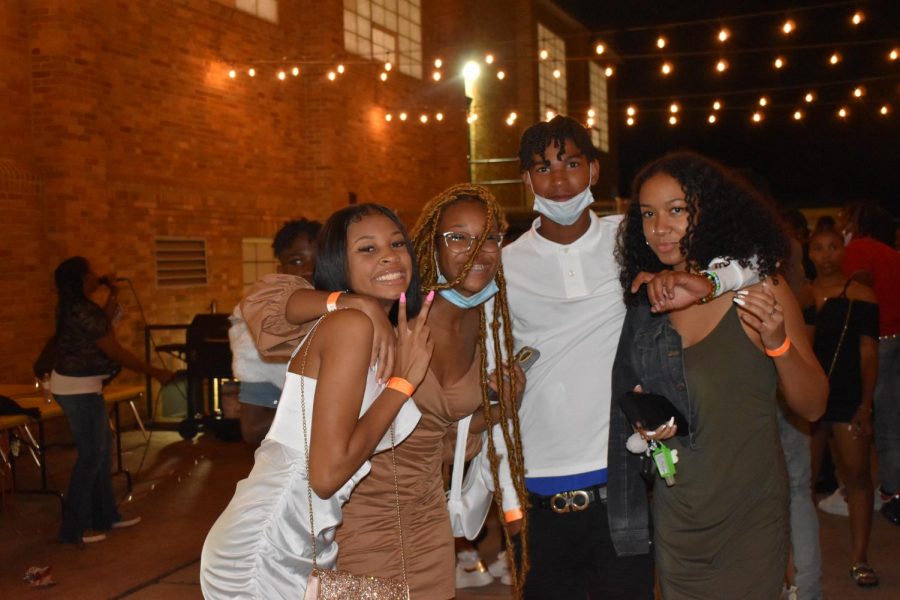 For the first time ever, the 2021 Homecoming dance was held outside. Because of this, the student council came up with the theme “Sneaker Ball” and people were encouraged to wear tennis shoes with their formal attire.

“We were going to be out on the track and we didn’t want people just messing up their shoes out there so we decided to do a Sneaker Ball,’’ Mohammed Ly, junior student council member, said.

Everything was planned down to the last detail until there was a bump in the road. The day of Homecoming, the dance was postponed to the following Saturday because of rainy weather. People were visibly upset about this, but the student council found a way to make it up.

“Tickets were refunded because Homecoming was postponed and it most likely caused an inconvenience for some students so it was our way of trying to make up for Homecoming being pushed to a later date,” Candance Weeden, junior student council member, said.

Some people disagreed with this decision as they felt the weather wouldn’t have affected anything. But others felt it was the right decision as they didn’t want to be worried about the rain at the dance.

April Money, counselor, believes it was a good idea to postpone it as the weather was projected to be clear on the new scheduled date for the Homecoming dance.

“I know some kids that spent $300 on shoes for the Sneaker Ball and we didn’t want them to feel uncomfortable and mess them up,” Money said.

Everything went back on track after the new date was announced. The majority of students were looking forward to the event as there was no Homecoming dance last year due to Covid restrictions.

“For Homecoming, just really being with my friends and going to a in-school social event since it’s been like a year and a half since we had any,” Kamille Buck, junior student council member said.

This Homecoming was extra special as Lul Kel, a U. City alumni and rapper, attended and took photos with several students. Moreover, freshmen and sophomores experienced their first Homecoming.

“It was all right, pretty fun, it was nice,” Roman Thomas, sophomore, said.

[There were] more people [there] than I thought. The way some people described it, I thought it was going to be a lot less fun than it was, but when I got down to the Lions Den, there were a lot of people dancing and it was pretty cool.”