A vote for Costco is a vote for University City 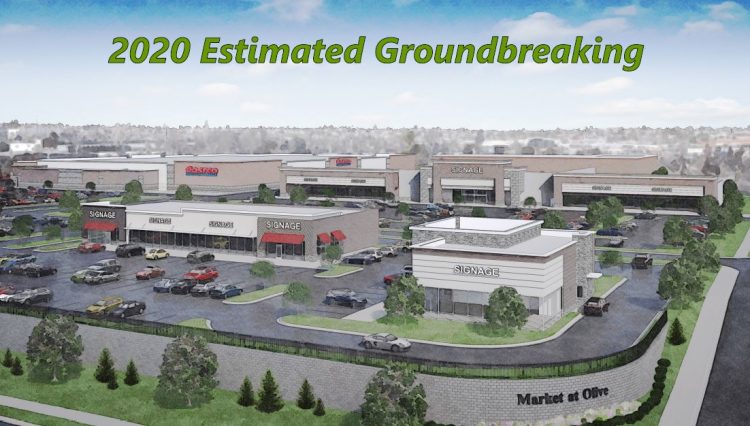 There is no doubt about it: a Costco in University City would be a universally beneficial addition to the community. Since a Tax Increment Financing, or TIF, was officially introduced into the community in April 2018, there has been a consistent stream of backlash toward the development, and now, as the project pushes into its final stages, another roadblock has presented itself. In what has been an eventful two years of back and forth from community residents, council members and a persistent developer, it’s time to hand over the keys and look at the benefits a new development presents to U. City.

When it was first announced that the intersection of I-70 and Olive Blvd. was the target area for revitatlization, it triggered the first instance of community concern. Often considered one of the more distinct areas of U. City, Olive sports a diverse spread of local and family-owned businesses that have resided there for years.

Opponents of the new TIF plan made known their issues with the proposal, citing the rich history of the Jeffery Plaza area and the displacement of some of those businesses and residents living in the 3rd Ward. While the development will force people away from the areas they live in or own, it’s not a process that has or will involve eminent domain, and the developer, Novus, has given options for relocation and paid a premium for the land they wish to acquire. The 3rd Ward for years has suffered economic decline, and Novus’ motivation to buy cannot be discounted; in the neighborhoods affected by development, Novus has bought out residents for double their property value.

However, what really needs to be considered is the economic benefits that this development would bring to the city. Costco has long been rumored to be the anchor tenant of Novus’ proposal which presents the largest positive to the project. Currently, the nearest warehouse-style store, Sam’s Club, lies in neighboring Richmond Heights, meaning that every time a University City resident—or any resident for that matter—needs to buy items in bulk, or just groceries, household needs, clothing etc. together, they pay for these in adjacent cities. According to city officials, University City is missing out on millions in sales tax revenue and, obviously, a Costco would solve that issue. Everybody loves to shop at Costco; the lines at the registers are always five or six deep, each extra-large shopping cart filled to the brim with bulk and whatever other miscellaneous items are found around the super center. It wouldn’t be out of the question to guess that anyone entering a Costco is prepared to spend $150 or more. It’s easy to picture the tax dollars flowing back into the community, especially given the reputation of Costco as a business.

The closest Costco to University City and surrounding cities is nearly half hour west in Manchester—an unnecessary trek for many families looking to stock up on essentials. Imagine if there was one right in our own backyard? The populations of Clayton, Ladue, Maplewood-Richmond Heights, Olivette, Overland, Creve Coeur—name any other surrounding city to the east of Chesterfield—would flock to University City whenever they needed toilet paper or whenever they needed to buy a month’s supply of coffee. The intersection of I-170 and Olive would suddenly become a bustling source of revenue, in an area that desperately needs it. Current-day Olive Blvd. is a shell of its historic past, representing an eyesore in the community that only continues to decay because of lackluster arguments against rejuvenation like, “There’s history here.”

This is a common theme among opposition to TIF, as seen by the project’s latest snag. One of the properties in the 3rd Ward affected by the development is Torah Prep, an Orthodox Jewish day school located right within the blast zone. In order for the TIF to progress forward, Torah Prep would need a relocation option within walking distance of their residential area in observance of the Sabbath. This difficult-to-meet condition might normally present a serious dilemma, but fortunately, there’s already a functioning school facility just a few blocks away.

In the past, the school has expressed interest in buying the underused Lieberman Learning Center and Ronald E. McNair Administration Building, which serves as the alternative school for the district as well as central office. Once a month, it also plays host to a school board meeting, where, on Sept. 26, the board shot down a proposal to list the building as surplus and allow Torah Prep, financed by Novus, to make a bid to purchase the property. It is important to note that the vote was not to sell the McNair Building; only to list it as surplus to weigh any potential bid. With that being said, it doesn’t make much sense to crush the proposal before even hearing an offer, which, based on the developer’s offers to homeowners, would likely be well above market value for the property.

Sure, there are plenty of arguments to be made against selling the building—such as needing to find a new home for the alternative school—but to not even consider the proposal is unwise. Or using the argument of “we won’t support change because this is the way it’s always been” undermines the legitimacy of the project.

Just like the claims to history shouted by community members convinced that TIF is a guised gentrification of the Olive Corridor, the unwillingness of a few school board members to approve the surplus proposal could result in a huge missed opportunity for the city. Though the developer likely—and hopefully—has a plan B to the Torah Prep issue, the school board has halted the project for the time being. It should be clear that the city stands to benefit from the development, which makes the whole situation even stranger, especially considering Superintendent of University City School District Sharonica Hardin-Bartley has issued her full support of declaring McNair as surplus. Whatever the outcome, this is a tremendous turning-point for U. City, and the issues need to be looked at through all lenses.

Costco is a reputable business, commended for its retail, service and employment to the community, and dedication to fair hiring and ethical practices; the Olive Corridor is a faltering husk at the entrance to University City. This development is exactly what we need; and there isn’t a single valid point or statistic or speculation to refute that. If the school board can’t see the value in TIF and won’t budge on the matter, that’s fine, but the community for one should see the apparent upside and needs to vocalize that belief. U. City is at a crossroads, and the citizens need to take advantage of the opportunity.