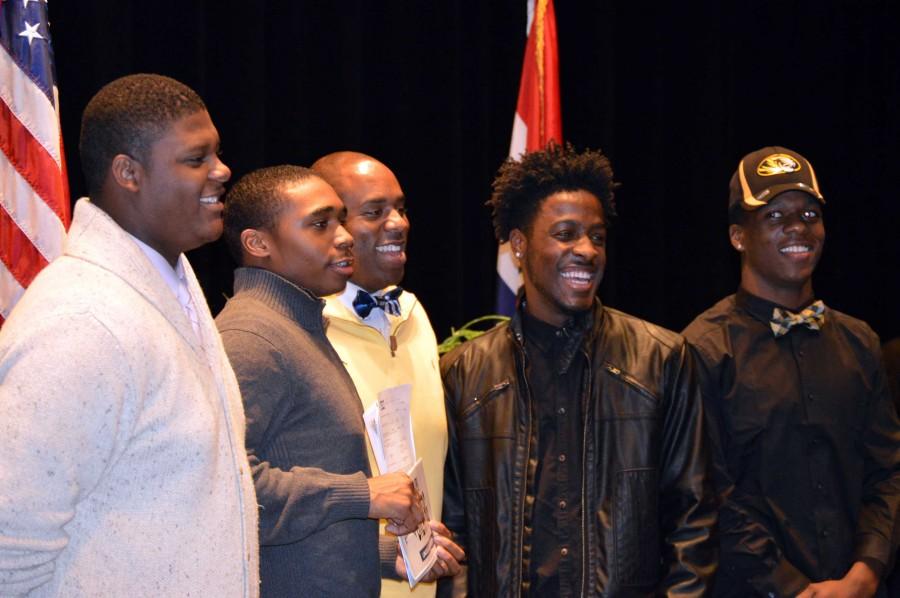 Mr. Hill, athletic director and sophomore principal, opened the ceremony and turned it over to Mr. Maclin, building principal.

“[The signers] have definitely made me proud and continue to excel at academics while they’ve been here,” said Maclin. “It’s not easy,” he said, to balance athletics and academics.

“Yes, you are going on to college, but you are leaving the U,” he said. “You will be representing University City High School wherever you go.”

“They’re not only excellent football players, but they’re great young men,” he said. “It’s an honor that I’ve had a small part in their lives.  My life is forever changed for meeting these young men and their families.”

Maclin was proud of all the signers.

“I’m excited to see the next stage in their careers and their lives,” he said.

Mayo took a moment to reflect on his high school career after the ceremony.

“It was a nice journey,” he said. “I couldn’t have done it without the push from my coaches and my father.”

After posing for pictures, the attendees adjourned to another room for cake and punch to celebrate.