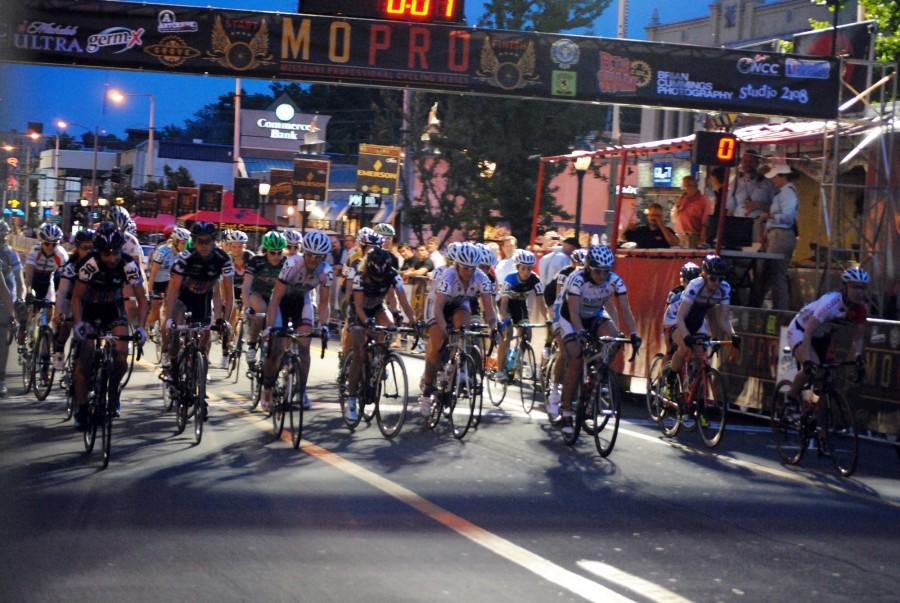 Last Friday, the first part of the Mo Pro bike racing series was held in the U. City Loop with exciting races lasting until 10:00 PM.

While some business owners had hoped for traffic to be able to flow a little further than it did, the event was still a success.

When the race had been part of the Gateway Cup event in the fall, the course had run clockwise, with a high-speed and crash prone turn from Delmar onto Melville. This year, the direction was flipped so that the turn was from Melville onto Delmar. While still being a high-speed corner, the exit was wider and there were subsequently no crashes on this part of the course.