If you love U. City, send your kids to the schools 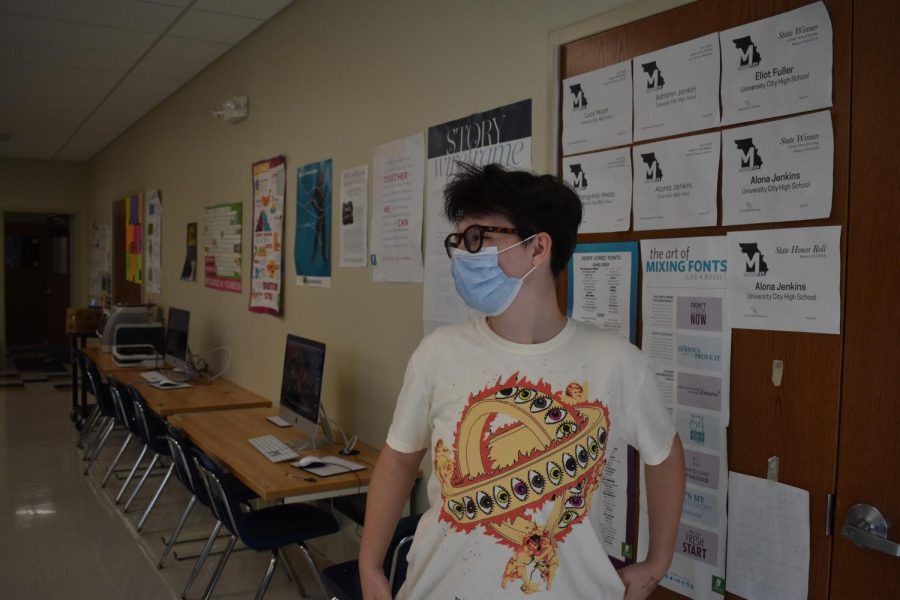 “Where did you go to high school?”

If you’re from St. Louis, you’ve probably been asked this more times than you can count. It’s how people gauge what your socioeconomic status may be, the type of community you grew up in, and who you may know. Each school, private or public, has its own set of stereotypes for people to use for judgment purposes.

U. City is not exempt from these stereotypes. In the 1950s and 1960s, it was known for its large Jewish demographic, and as that has shifted, so have the ideas people hold about the school. Often, when white people ask a white U. City student where they go to high school, it is met with looks of concern and the same not-so-subtle racist and classist remarks.

“What about the test scores?”

These examples barely even scratch the surface. The judgment becomes apparent as soon as a white student says they go to U. City. White people are full of concern and negative ideas of the school we love. They don’t know about the fiercely devoted community of advocates, the talented artists and the endlessly supportive staff. They also don’t know about the plethora of opportunities available to students like the Early College program, the EMT program or the robotics team. The reason they don’t know this is simple: they don’t care to try.

These relatives, family friends and strangers are not the only ones who think like this. Oftentimes, it’s the same community members who claim they love University City so much who refuse to send their kids to our schools. It’s no secret that the demographics of our schools don’t align with those of our community. In fact, University City as a whole is 55.03% white and 35.72% Black as of 2021, according to World Population Review. However, according to U.S. News, our school itself is 11% white and 81.4% Black. So what about all these other white people in University City who claim they love our Delmar Loop, parks and rich culture?

Many people in University City benefit from the community, but aren’t invested in it. They enjoy Black-owned businesses like De Palm Tree and EyeSeeMe, spend hours at city council meetings, and boast about how diverse their neighborhoods are, yet they refuse to send their children to University City schools. In order to thrive and grow as a community, people need to let go of racism and stereotypes to truly invest in it.

One of the main arguments against U. City is our test scores. It’s no secret that they’re lower than where they “should” be. Every year when EOC (end-of-course) testing rolls around, students are flooded with reminders about it. But it’s 2022, and if you haven’t heard, there are countless points about how standardized testing is not only a poor way of measuring intelligence, but racially biased. The most common arguments about it are simple: placing too much pressure on students causes issues with stress and anxiety, testing poorly accommodates different learning styles and disabilities and it allows testing corporations to monetize learning.

However, the racial bias in standardized testing is an even bigger issue, especially at U. City. Not only were Advanced Placement (AP) tests and the SAT pioneered by a eugenicist, but a lot of questions have a cultural barrier. To better understand a cultural barrier, a former Black English teacher at U. City explained a testing experience from her childhood. The question was about sledding (which is learned predominantly as a part of white culture) and she was so caught up in trying to understand what sledding was that she lost valuable time. This might seem inconsequential to someone who’s never experienced it, but imagine every single non-white student struggling on several questions like this, it really starts to make a noticeable difference.

Standardized test scores is generally the “safer” argument people make against U. City, but oftentimes the more taboo topics like drugs are what people are actually alluding to. It’s no secret that this is an with teenagers. We’re dealing with new stress and anxieties, experimenting as we discover new things about ourselves and navigating new levels of freedom. But that’s not unique to U. City. Yes, sometimes students are caught in the bathroom with marijuana. However, students using a relatively safe drug that’s rapidly expanding in it’s scope of legality should not make U. City a “bad” or “dangerous” school when students at wealthier, whiter schools are doing drugs like cocaine and heroin in their bathrooms.

Just because you live in U. City doesn’t mean you have to send your kids to the schools, but it does mean you need to examine the stereotypes you have about it.